If so, lucky you!

I won’t spend time telling you what a regular diamond looks like, because I’m certain you already know…

The most commonly purchased diamonds have a hint of yellow.

Here’s something else; did you know diamonds also come in a variety of colors? It’s true; you can find bright yellow, red, pink, green, blue – even brown and black – diamonds! When you think about it, the diamond color range could cover over half of the birthstone months of the year. (I’ll tell you why they don’t hog the limelight in a moment.)

First, let’s talk about, the meaning of April’s birthstone.

What does the April birthstone mean?

Diamonds symbolize everlasting love, which explains why diamonds are the popular choice for engagement rings, wedding anniversaries, Valentine’s Day, and to show love to Mom on Mother’s Day.

Also, diamonds are a symbol of courage,  abundance, balance, and clarity. All of us want a piece of that these days.

But, to many cultures throughout history, the diamond had a VERY different meaning:

I searched long and hard to see if history mentioned any warriors wearing birthstone earrings as protection. My search came up empty. But they wore amulets, and I think amulets count as birthstone jewelry. Have you noticed a common trend here?

Everyone agrees that diamonds are super strong. They define strength for matters of love, for protecting the heart in battle, and even for keeping sinners imprisoned in Hades.

Which brings me to the indestructible truth about diamonds…

How hard is the April birthstone?

Diamonds are a whopping fifty-eight times harder than any other gemstone on Earth. Sapphire is the second hardest gemstone and ruby is the third.

We don’t use diamonds for protection in battle these days. But, they’re often used to make high-powered cutting blades and drill bits because they’ll chop cleanly through just about anything.

The most highly valued practical joke.

On January 26, 1905, the Superintendent of Premier Mines in South Africa, Captain Frederick Wells, was doing his rounds. He thought someone stuck some charred glass into the wall of the mine as a joke. He pulled out his pocket knife and pried it loose.

No joke… he pulled out the real deal!

The diamond was called the Star of Africa or the Cullinan diamond. (Cullinan was the owner of Premier Mines.)

Here are some fun facts about the Star of Africa to help you understand what “big” means for a diamond:

3. The Star of Africa was originally purchased for 150,000 English Pounds.

4. Today it is priceless, or around $2 Billion, depending on who you ask! Celebrate April with a pair of Crystal Clear Prongs

Why the diamond only represents April.

Earlier I promised to explain why April is the only month with a diamond birthstone.

Historians say that the idea of birthstones for each month dates back to the book of Exodus in the Bible. There are passages referring to an extraordinary gemstone breastplate worn by the High Priest of the Israelites. The original High Priest’s name was Aaron. (He was also the older brother of Moses.)

His breastplate was so special; he used it to talk to God. It was called the Breastplate of Aaron. And, it had twelve gemstones that represented the twelve tribes of Israel. The Hebrew Bible has a detailed list of each gemstone. The classic colorless diamond is the only gemstone believed to represent April.

As you know, the diamond’s unique mineral composition symbolizes true and everlasting love. Plus courage, abundance, balance, and clarity.

Although diamonds come in many colors, they don’t have the diverse qualities of the remaining eleven birthstones.

(Like the ones provided by emeralds, for instance. Tune in next month to find out about emeralds and the legends of prosperity and growth.)

While, the April birthstone in its rarest, crystal clear form is beyond the budget of many, Crystal Clear ComfyEarrings are an affordable and stunning alternative as April’s birthstone earrings.

Not born in April? That’s okay, too!

Crystal Clear ComfyEarrings are everyone’s best friend because they go with all outfits, from yoga pants to your LBD!

Arrive in style and comfort, without breaking the bank.

Sign up to save $5 on your own pair of Crystal Clear ComfyEarrings below. Crystal Clears are perfect for everyone

Be the first to discover new styles and deals. Plus, you'll get a coupon code to save $5 on your first order. 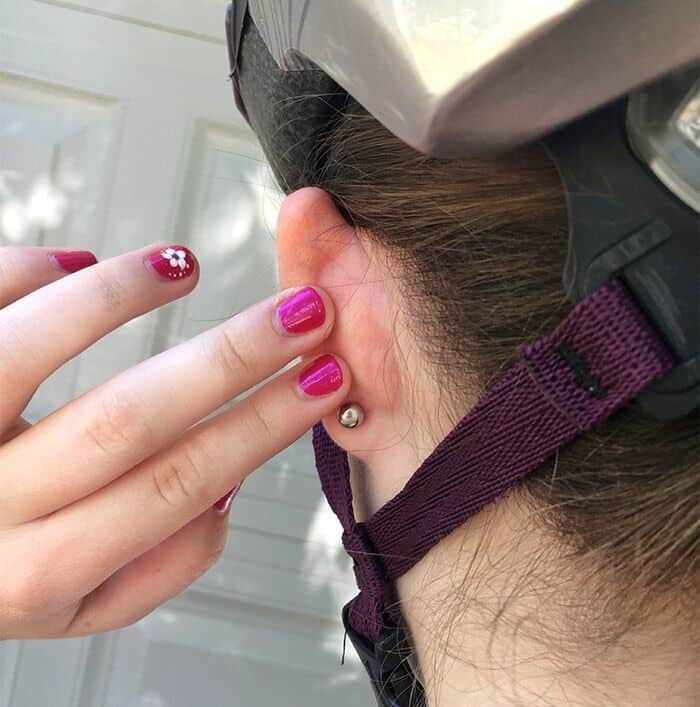 Lyn Marler loves collecting unique stories to share. Lyn will tackle just about any writing project. With her light and fun style, she's always looking to put a huge smile on her reader's face. So, it's not surprising that she spends most of her time writing copy and content for lifestyle and travel. Lyn was born and raised in Sydney, Australia, but now lives in sunny Tampa, Florida.